Ecstasy is an empathogen drug and contains the drug MDMA. However, many pills sold as ecstasy only have a small amount of MDMA or none at all. Other drugs and ‘fillers’ are often used instead. This makes it hard to know what reactions to expect after taking ecstasy or how bad the side effects will be. Drugs sold as ecstasy may not contain any (MDMA); they can be a mix of amphetamine, (PMA), ketamine, NBOMe, methylone or other substances. 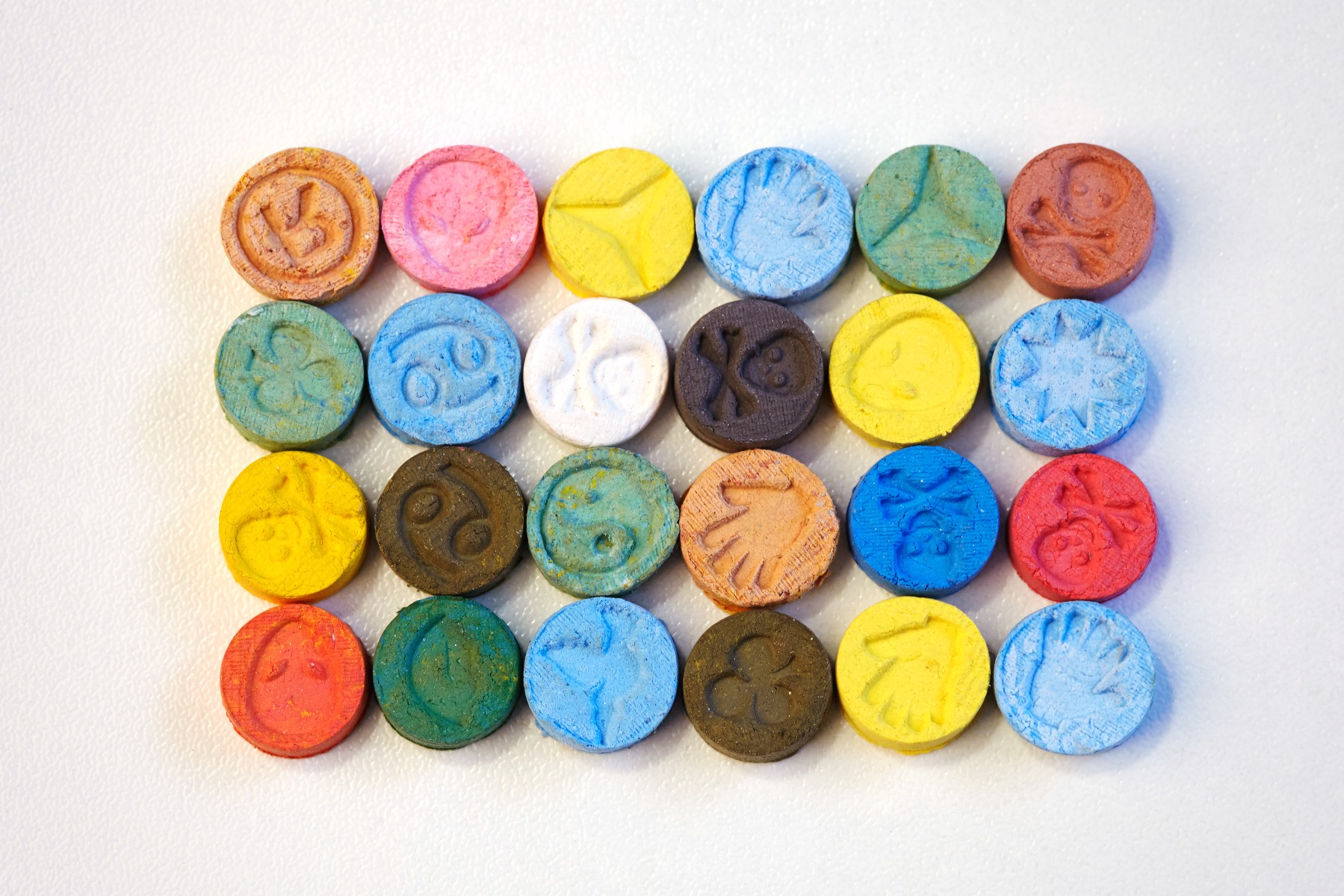 How is ecstasy used?

Ecstasy comes in a tablet form and is usually swallowed. The pills come in different colours and sizes and are often imprinted with a picture or symbol. It can also come as capsules, powder or crystal.

Visible signs of potential use of Ecstasy:

Effects are usually felt about 20-60 mins after it’s taken and last for around 6 hours.